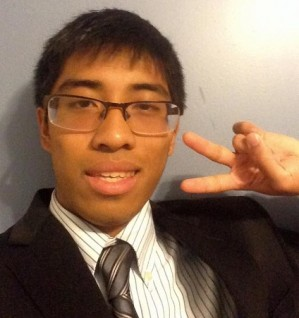 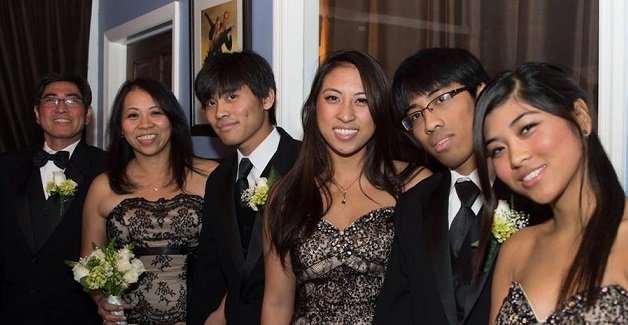 John Fernandez, also known as “JP” or “Japes,” was 22 years old when he was last seen on December 13, 2015 at his family’s home on Kentucky Avenue in Middletown Township, New Jersey at around 1:30 a.m. One source states he was last seen on December 12 at 10:50 p.m. He is a Filipino man that stands at 5’09-5’10” and weighs 135 lbs. with black hair and brown eyes. He has a birthmark on his left arm. He was last seen wearing a dark grey leather jacket with a light gray fabric hood and black and white high-top sneakers with wheels in the bottoms, commonly known as “Heelys.” He wears glasses and possibly had a red backpack with him.
The morning of December 13, the family thought he had simply gone out jogging his usual route. The night before, he was looking for an iPad cable, and his mother thought he was preparing for the jog by charging his iPad to bring it along for music.
John’s mother Ninia told authorities that her son left a six-page suicide letter behind, hidden inside of a stuffed eagle toy, where he talked about feeling “inadequate with amazing people” and wanting to end his life in a “high place somewhere in the woods.”
In the first few weeks after he disappeared, a dive team searched Natco Lake in Hazlet, Monmouth county, after finding John’s cell phone on the side of Rt. 36 in a Ziploc bag. Police believe that John may have walked off along the Henry Hudson Trail. ATV units combed through the wooded area around Natco Lake. Dozens of people took part in searches, along with police dogs on the ground and helicopters overhead. No other sign of the young man had been found. Volunteers also searched the Allaire State Park for John, and came up with nothing.
John was attending Seton Hall University studying accounting, and was set to graduate that May. He was also an active gamer.
John was a victim of bullying in high school and all the way through college as well. He was often ridiculed for wearing his Heelys and riding through campus. He attended Middletown North High School, and according to his mother, he would often come home with his shirt torn and spat on. Ninia said her son was having an identity crisis, and was isolated and lonely. Ninia described John as a socially awkward person who is very bright and loves to read manga comic books.
As of 10/30/2021, John Fernandez has not been located.

If you have any further information, please contact the Middletown Township Police Department at 732-615-2100.