WARNING: some of the people listed in this article do indeed have post-mortem photographs. Viewer discretion is advised.

The Nameless
Ashleigh Sommers
Unidentified in NJ
I will be posting my lists of unidentified persons in my own order of choice, continuing with an area of New Jersey called Monmouth County, part 4.
I am doing this to promote awareness of small town Doe’s that do not receive nearly enough media attention.
All of my information came from: https://nj.gov/njsp/unidentified/monmouth/index.shtml

Case #: C06002409
NIC #: U000003528
Body found on December 7, 2002
Estimated date of death: Less than one week prior.
Estimated age: 20-25 years old
Circumstances: This unidentified deceased male was found at 5 p.m. on December 7, 2002, on Emleys Hill Road in Upper Freehold, New Jersey.
Sex: Male
Race: Caucasian / Hispanic
Height: 5’10”-6’0”
Weight: 150-155 lbs.
Hair: Black
Eye color: Brown
Scars, marks, tattoos: Distinguishing features include an obvious hairless scar along the left part line on the scalp and two facial moles. One mole is located above the upper lip under the right nostril and the other is located on the left cheek.
Clothing: At the time he was found, he was wearing a black White Sox Major League Baseball shirt and Levis carpenter-style blue jeans.
Jewelry: Wearing two necklaces and a watch. One necklace is a black cord with two small oval religious pendants. The other necklace is made up of wood-like rod and ball beads. The watch is a black Casio chronograph with green buttons.
X-rays: not mentioned.
Fingerprints are available for comparison.
Photos: 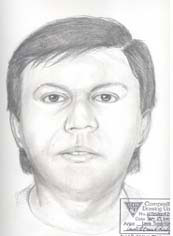 Case #: (blank)
NIC #: U480021416
Body found on June 15, 2008
Estimated date of death: June 15, 2008
Estimated year of birth: 1968-1988
Circumstances: On June 15, 2008, an unidentified female was struck by a New Jersey Transit train in Brielle, NJ. The female has straight brown hair and short fingernails painted silver with white diagonal stripes.
Sex: Female
Race: Caucasian
Height: 5’3”-5’6”
Weight: 115-130 lbs
Hair: Brown
Eye color: Hazel
Scars, marks, tattoos: The unidentified female does have a scar on her right abdomen approximately 2 ¼” long indicating a possible appendectomy, a scar on her left hand and a scar on her right hand.
Clothing: The unidentified female was wearing a red sweatshirt, a white t-shirt on top of the red sweatshirt, a white partial button down shirt that was wrapped around her waist, light green underwear, white socks, white Adidas brand sneakers with 3 black stripes. In her possession was a brown tote bag with the words “New York” (photos below). Inside the tote bag was a blue sweatshirt with a winter scene (snow covered trees and a cardinal, photos below), black jeans with a zipper on the left and the right side of the waist, a sun hat with blue flowers,  black/white bandana, a blue/yellow scarf with yellow flowers. The tote bag also had a toothbrush, cap, lighter, and area maps.
Jewelry: The unidentified female was wearing a blue rosary bead type necklace with a cross and a wooden bracelet with religious icons/saints on it.
Dental characteristics are available for comparison and are charted in NCIC, fingerprints are available and DNA has been submitted into CODIS.
Photos: 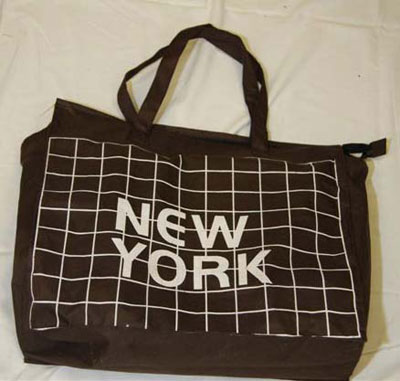 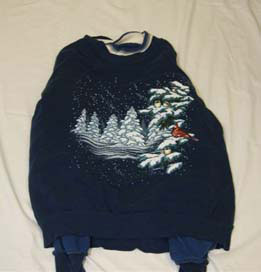 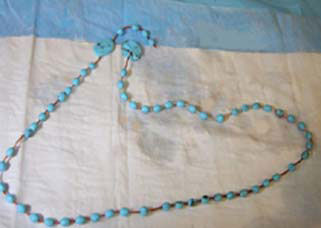 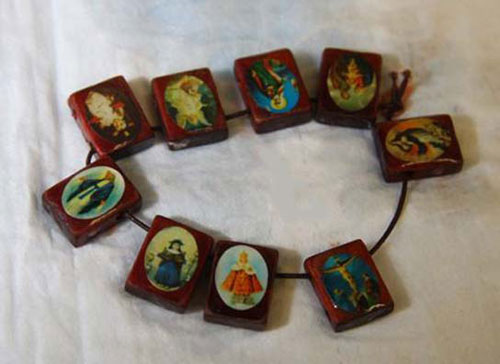 Case #: 08-2503-0F
NIC #: U090021083
Body found on July 28, 2008
Estimated date of death: July 14, 2008
Estimated year of birth: 1978-1988
Circumstances: On July 28, 2009, the unidentified male was found washed up on the beach in Long Branch, NJ. The male may possibly be Hispanic.
Sex: Male
Race: Unknown
Height: 5’10”-6’2”
Weight: 140-150 lbs
Hair: Black (straight)
Eye color: Brown
Scars, marks, tattoos: The unidentified male does have two moles on the left side of his face at the angle of the mouth, He also has stubble on his face.
Clothing: (not mentioned)
Dental characteristics are available for comparison and are charted in NCIC. Fingerprints and DNA are also available for comparison.
Composite:

If you have any information about these cases or the identification of these individuals, please contact: