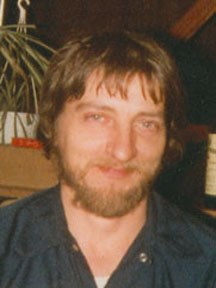 Edward DuBarry was 36 years old when he was last seen by his house in the morning hours of September 7, 1984. He was in the vicinity of Church Lane and Two Bridges road in Towaco, New Jersey. Edward is a white male, standing at 5’05” and weighing 140 lbs at the time of his disappearance. He has brown hair and, depending on the source, blue or hazel eyes. His date of birth is listed as December 5, 1947. His childhood nicknames were Ed or Eddie, he has a scar on his chin, a scar on his right elbow, a scar on his finger, freckles, and a previously fractured wrist. He is missing all of his lower molars, he has 10 lower teeth remaining, he has upper dentures and a lower denture plate.
One week after he vanished, September 14th, Edward’s vehicle, a white 1974 Chevrolet pickup truck, was located at a scenic overlook called Resort Point, on the Pennsylvania side of the Delaware Water Gap. A rock had been thrown through the passenger side window.
Edward was regarded as an “endangered” adult missing person, which generally means he had vulnerabilities or personal lifestyle habits that could further put him at risk. These vulnerabilities are unspecified.
Upon investigating, authorities discovered that Edward’s credit card was used to pay for a room at Howard Johnson Hotel at 551, Route 211 East, in Middletown, New York on the evening of September 7th. His credit card was also used two other times on the same day, once at the Columbia Truck Stop at 2 Simpson Road in Columbia, and another time at Bartco Penn Petroleum, 10 Stella Street in Matamoras, Pennsylvania. The credit card was last used 4 days later, on September 11th at the Pompton Plains Shell station in Pompton Plains. It is not clear if these purchases were actually made by Edward.
This case remains unsolved.

If you have any further information, please contact the Morris County Prosecutor Office at 973-285-6200 or the NJ State Police Missing Persons Unite at 1-800-709-7090. You may also send an email to mcpotips@co.morris.nj.us.